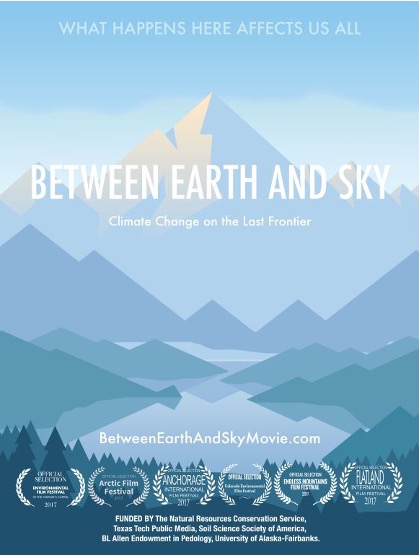 The West & Mid Michigan Chapter invites you to join us for a discussion of the award-winning documentary “Between Earth & Sky: Climate Change on the Last Frontier. Presented in partnership with Global Ties Kalamazoo, we will be hosting a moderated discussion with the director, producer, and four scientists featured prominently in the film via Zoom on October 20 at 7pm EDT. 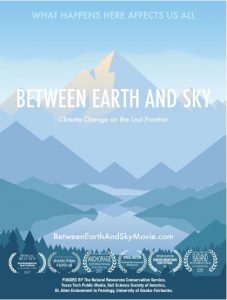 Both the film and this event are available for free. The links to the film and trailer are provided in the registration page and confirmation email. Registration is available on first-come, first-served basis. Please note, you will want to have viewed the film prior to the event.

Priority registration is available to chapter members through Saturday October 9th. Please look for an invite in your email box. Registration will open more widely October 10.

The discussion will be led by our moderator, followed by time for questions from viewers in the Zoom space. Discussion participants include:

Information about the film from the filmmakers: (also available at https://betweenearthandskymovie.com/)

Alaska has been the source of myth and legend in the imagination of Americans for centuries, and what was once the last frontier of American expansion, has become the first frontier in climate change. Between Earth and Sky examines climate change through the lens of impacts to native Alaskans, receding glaciers, and arctic soil. The island of Shishmaref has been home to the Inupiaq people for thousands of years. As sea ice retreats and coastal storms increase the people of Shishmaref are faced with a disappearing island and a 200 million dollar price tag to move their people with an untold cost on their culture and history.

Permafrost (permanently frozen ground) in the Arctic and Subarctic sequesters 40% of the Earth’s soil carbon. Alaska has experienced the largest regional warming of any state in the U.S. increasing 3.4 degrees F. since 1949. This warming has created a feedback look of carbon to the atmosphere and the thawing of permafrost.

Mixing interview with some of the world’s leading scientists in climate change and arctic soils, with the day to day struggle of native Alaskans living on the front lines of global warming, Between Earth and Sky shows the calamity of climate change that has started in Alaska but will soon engulf the globe.

The film trailer can be viewed at https://www.youtube.com/watch?v=0RdLu1jRN-8.

Should you have questions about the event please contact Board President, Dr. Michelle Metro-Roland at                    michelle.metro-roland@wmich.edu.